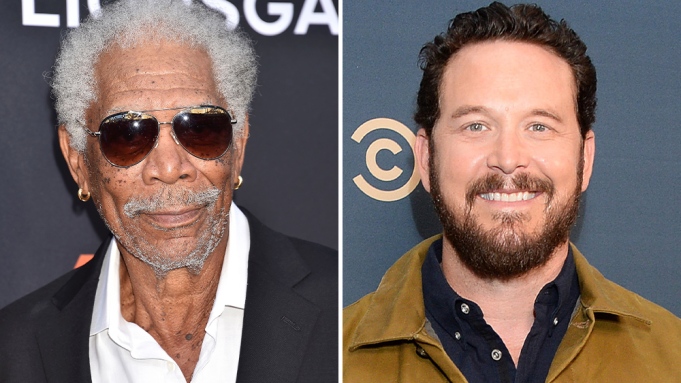 The film will follow Detective Boyd (Hauser), who, unable to process the death of his daughter, embarks on a hunt for a serial killer who murders according to a brutal tribal ritual: Muti. The only person who can help Boyd is Professor Mackles (Freeman), an anthropologist who hides an unspeakable secret. The line between sanity and madness thins as Boyd goes deeper into the killer’s world.

Filming is due to take place in Mississippi and Italy. The Exchange will introduce the project to international buyers during TIFF.

The screenplay was written by Bob Bowersox, Jennifer Lemmon, Francesco Cinquemani, Giorgia Iannone, Luca Giliberto and Ferdinando Dell’Omo. It is based on a story by Joe Lemmon and Cinquemani.

Screenwriter, director and painter Gallo is best known for the scripts for the original Bad Boys movie and action-comedy Midnight Run. He most recently directed Freeman in movies The Comeback Trail, which also starred Robert De Niro and Tommy Lee Jones, and 2021 thriller Vanquish, which also starred Ruby Rose.

Said Iervolino: “A high level of intelligence and sophistication underpins the tension and intensity of Muti. Having Morgan and Cole playing off one another keeps the dial up in unrelenting fashion throughout the twisting ride. We’re happy to make this a unique multinational collaboration, shooting in Mississippi and Italy.”

Freeman is represented by CAA and Sloane Offer. Hauser is repped by Brillstein Entertainment, Agency for the Performing Arts (APA) and Morris Yorn Barnes.